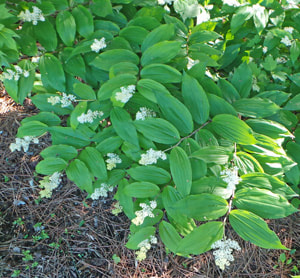 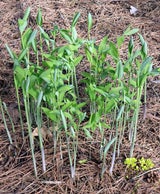 False Solomon’s seal is a native woodland plant that gets its common name from its superficial resemblance to Solomon’s seal (Polygonatum spp.). Both are in the lily family (Liliaceae) and are often found together, but are easy to distinguish by where the flowers are produced on the plants. Originally named Smilacina racemosa. The plants often form large colonies from slowly spreads clumps.

In late spring and early summer feathery masses of small white to pale yellow, fragrant flowers are produced in flat panicles at the ends of the stems. Flower clusters can have between 20 and 80 individual flowers. This plant prefers the same conditions as Solomon's Seal, Bleeding Hearts, native ginger & woodland phlox.

Sold out
Add to Cart